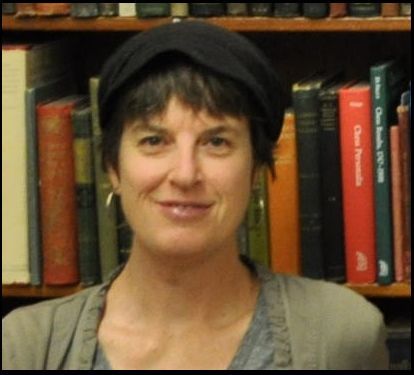 This was a fun quest to write, and for me it really embodies the spirit of a quest. It is an Exploration Phase quest, part of the “Nature” journey, and it also connects back to the globalization theme of the Social Science Foundation Phase with its Driving Question, “Which species belong where in a globalized world?” This question not only introduces the problem of invasive species and what to do about them, it also points to the big questions of place and belonging in a connected world, and whether we can or should preserve the “native” or the “local” in the face of globalization. In the quest, learners can revisit that first year theme, while also exploring invasive species as an example of humans reshaping nature—often unintentionally, but in sometimes catastrophic ways.

What I particularly like about this quest is the way it exemplifies what I see as the spirit of the Quest Forward Principles. In what follows, I’ll walk through the quest while highlighting some of these principles: most importantly, engaging learners by making the topic relevant to their lives; building from and eliciting their existing knowledge; allowing them to make choices along the way; providing a hands-on experience and a chance to problem-solve in a meaningful way. Throughout, the underlying focus is on the subject skills (read more about our skills-forward curriculum here) of using different tools and strategies for research, and then eventually, taking a step toward innovation.

The Driving Question/Basic Information page starts things off with an invitation to think and wonder. Which species belong where in a globalized world? It connects this question to the learner’s own life: which species belong in the place you live? And it mentions a few of the fun and intriguing details of the quest: fire ant invasions, bunnies, and a field trip. The purpose here is to engage and connect, as well as to give learners some idea of what they will be doing in the quest.

Activity 1 introduces the problem of invasive species through a few dramatic examples. Learners get a choice of three articles to read (or they can read all three), along with a short video. As always, they are presented with a few questions to guide their exploration of the resources, which they can answer in their notebooks. This is background and a warmup—the stories of the bunnies and the fire ants are captivating, in a horror-movie sort of way, and offer two different examples of the human-made natural disasters invasive species can become.

In Activity 2, the focus shifts to the learner’s home environment. This brainstorming activity is meant to do a couple of things: start learners connecting the place they live to this wider issue, and get them thinking about what they might already know about the local ecosystem and the species that call it home. They may have never thought about this, or they may know quite a bit about it. Even if they haven’t ever given it much thought, they probably have some sense of what kind of natural environment surrounds them and what they expect to see when they go outdoors. For many, this exercise will lead to a few surprises as they go on to research the native and non-native species around them. The grasses that cover California’s golden hills, for example, are of European origin, and the eucalyptus trees come from Australia.

In the next few activities, learners dig deeper into the question of what’s native and what’s not in their own area, by planning a field trip to a nearby park or nature area. The activities guide learners through planning and then carrying out a trip to the park in search of invasive species. There’s a lot of flexibility in this, as learners can choose both the park and the species they want to search for, as well as their research sources (a talk with a park ranger is suggested, but not required!). There are also notes for the mentor suggesting an alternative, such as a virtual field trip to a park website, if an actual trip to the park isn’t feasible.

The hands-on experience of the invasive species hunt really puts a global phenomenon in a local perspective, and in a way that will get learners thinking about hands on solutions. The invasive species problem may be as big as the globe, but it’s also local, concrete, and particular—and you can make a difference. The quest finishes on this note. In the final activity, learners develop an action plan for dealing with the invasive species they’ve investigated, building on what they’ve learned on their trip and in their research. The resources which they are invited to look at for ideas include some creative and small-scale efforts—e.g. by the restaurants that serve invasive species for dinner—that are nice reminders of the fact that you don’t have to be a government agency to make a difference.