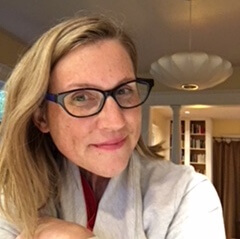 Ed Vogel loves working with words as much as he loves working with students. As a new mentor this year at Quest Forward Academy Omaha, he is particularly attuned to how words empower students to communicate ideas and enable mentors to facilitate discussion. After earning both a Master’s degree in British Literature and an advanced certificate in creative nonfiction at the University of Nebraska at Omaha, Ed spent six years in the Omaha public school system teaching high school English courses (advanced English and creative writing). The Bennington, Nebraska native became a teacher because, he admits, “I had a hard time understanding why I had to learn anything in high school. I didn’t have any mentor teachers.” Once he started teaching, Ed became aware that “skills are more important than the content.”

Ed learned about Quest Forward Academy because of Jen Dalbey, current Quest Forward Academy Social Sciences mentor and a former colleague of his at his public high school. Presented with this unique opportunity, Ed was more than ready. “I wanted to be part of what I see is a bigger educational change,” he says. He appreciates that Quest Forward Learning offers a personalized method of learning, utilizing technology and a skills-forward approach. “Innovation is going to be the future skill,” he says.

As a mentor firmly situated in his first semester of Quest Forward Academy Omaha’s Reading/Writing/Thinking curriculum, Ed relies upon words as a medium, not only in how he works with students on their writing skills, but also to demonstrate how words help build community. “Community is the key to success,” he asserts. “Once there’s a respect that is shared among the students and mentors, we’ve built this community where we create and share ideas. That community, that enthusiasm for what you’re doing, that’s paramount.”

One of the first differences Ed confronted after making the transition to the Omaha Academy was, as he calls it, “the bell-to-bell philosophy,” which refers to his previous job, when he stood in front of his classes and talked for the entire period. “That was a big challenge for me,” he notes. “I had to learn to let go.” Now, he says, “By walking around, making sure their daily goals are ready, I’m engaging with students.”

Ed fully embraces the distinction between being a teacher and being a mentor. “I may be the purveyor, the holder of the content, but I won’t be the person who spits it out,” he stresses. “There’s no spoon-feeding. You don’t understand something? Let’s work it out. A mentor works with you one on one, or with your group. I’m there to help students grow in their weakest spots and continue [pursuing] their interests.” One of Ed’s main goals this year is to become deeply familiar with the quests he teaches, so that he can give the most applicable guidance to students and anticipate how each quest might impact their future career choices. “If I can provide these kids an education that actually matters to what their futures are,” he says, “then I’ve been doing my job.”

As the Creative Writing/Journalism mentor for Quest Forward Academy Omaha, Ed anticipates overseeing student contributions to the school’s website, social media, and blog. He hopes to generate, both internal and external, excitement for the Academy through his students’ and fellow mentors’ voices, spotlighting current projects and events.

At the moment, Ed’s students are steeped in words. His sophomores have been working on five-paragraph essays, and he customized separate curricula for each of his creative writing students, who have delved into everything from avant garde fiction to the poetry of T.S. Elliott and Tupac Shakur. “I let students know that writing takes a lot of work,” he says, “and that drafts are not failures, they’re simply examples of your learning.” Words, written and shared, establish community in Ed’s classes. That community began to form off-site at the start of the school year, when classes took a field trip to an escape room. Ed recounts that, despite being with kids he didn’t know yet, “it was cool to see how they worked together, to see how strong they could be when they put their minds together.”

As his first year at Quest Forward Academy progresses, Ed doesn’t waste any words reflecting on his decision to become a mentor in this distinctive learning community. “It’s been a ride,” he enthuses. “I’ve been loving it so far, every moment. I enjoy the students. Everyone’s really hungry, and there’s no complacency.”

Emily Russin is an Editorial Consultant at Opportunity Education, editing and numerous OE publications and articles. With more than 20 years of experience editing and writing for print and online publications, Emily also works as a freelance manuscript consultant and writer in Seattle, Washington.